Description: Climate change is one of the biggest threats to humanity in the near future. Almost all different scenarios of climate change involve large-scale disasters and hazards. In order to define goals to cities, regions and countries in regards to mitigating climatic change, we first need to understand which the important key performance indicators (KPIs) are, how they can be measured and which values they take. Then, each country can calculate its performance based on these KPIs, setting realistic goals for better performance in the near future. The visualizations presented here are based on a large survey published in EnviroInfo 2021, which identifies and lists 63 relevant KPIs, together with suggested units and metrics associated with them, divided in eight different thematic areas. It can be considered as an important contribution in the global efforts to understand climatic change, shaping policies and setting goals associated with it.

Visualizations:
The following visualization is a heatmap showing the use of KPIs per country. The figure illustrates the use of 63 KPIs in 193 countries (KPIs are listed in the paper mentioned above). The KPIs that were used for the graph are those that are implemented at a country level and have recent data available. 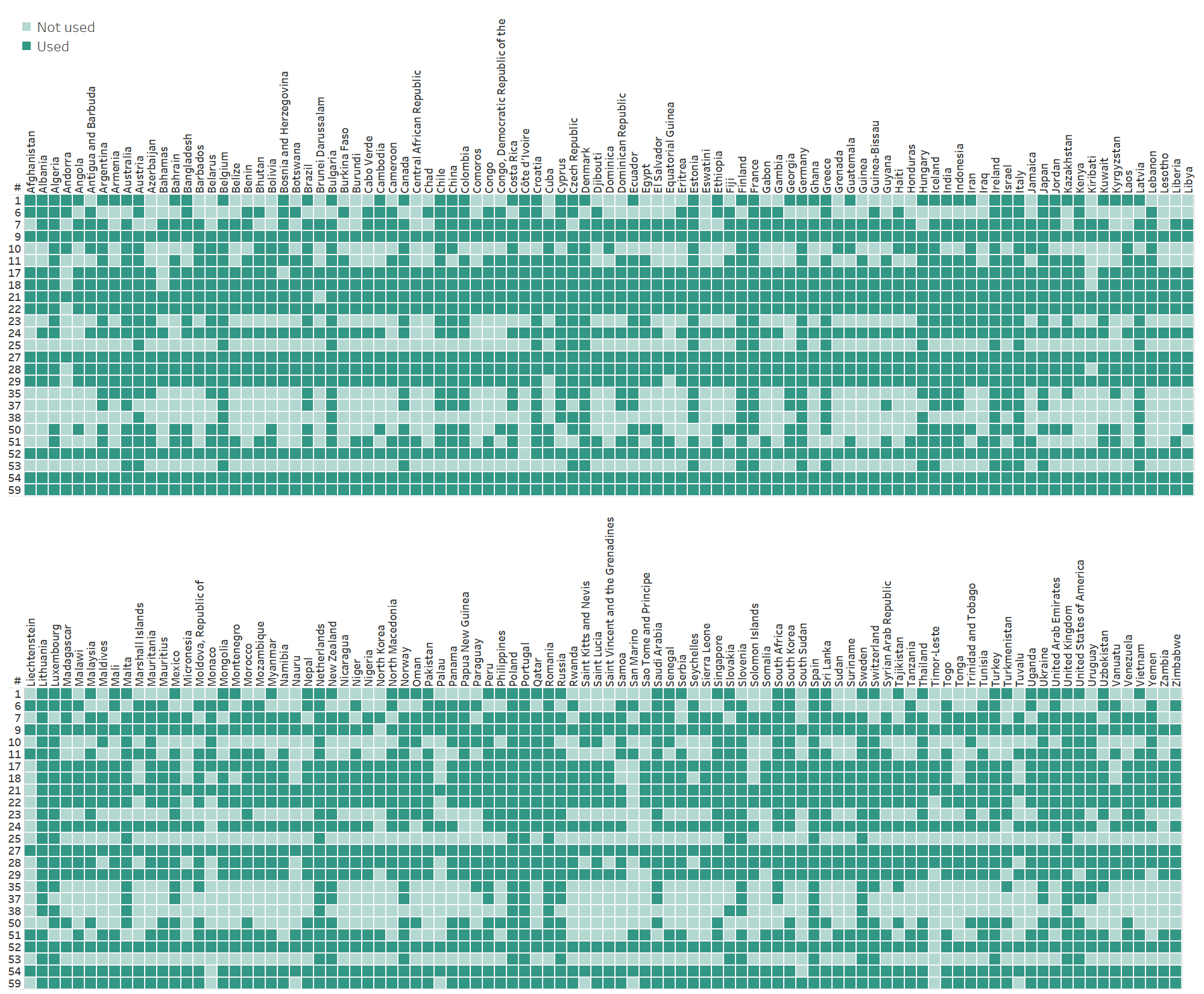 The following visualization is a choropleth map showing the use of KPIs per country. The countries that employ all KPIs are all European ones. Six countries use all KPIs: Ireland, Italy, the Netherlands, Poland, Porttugal and Spain. Additionally, there are seven countries that use all KPIs but one. These countries include: Denmark, Estonia, France, Lithuania, Romania, Sweden and the United Kingdom. As can be seen in the map below, there are some clear regional differences in the use of the KPIs. Many countries in Africa and some countries in central Asia use significantly fewer KPIs than the European ones. There is a clear gap between developed and developing countries in respect to the use of KPIs to measure climate change. 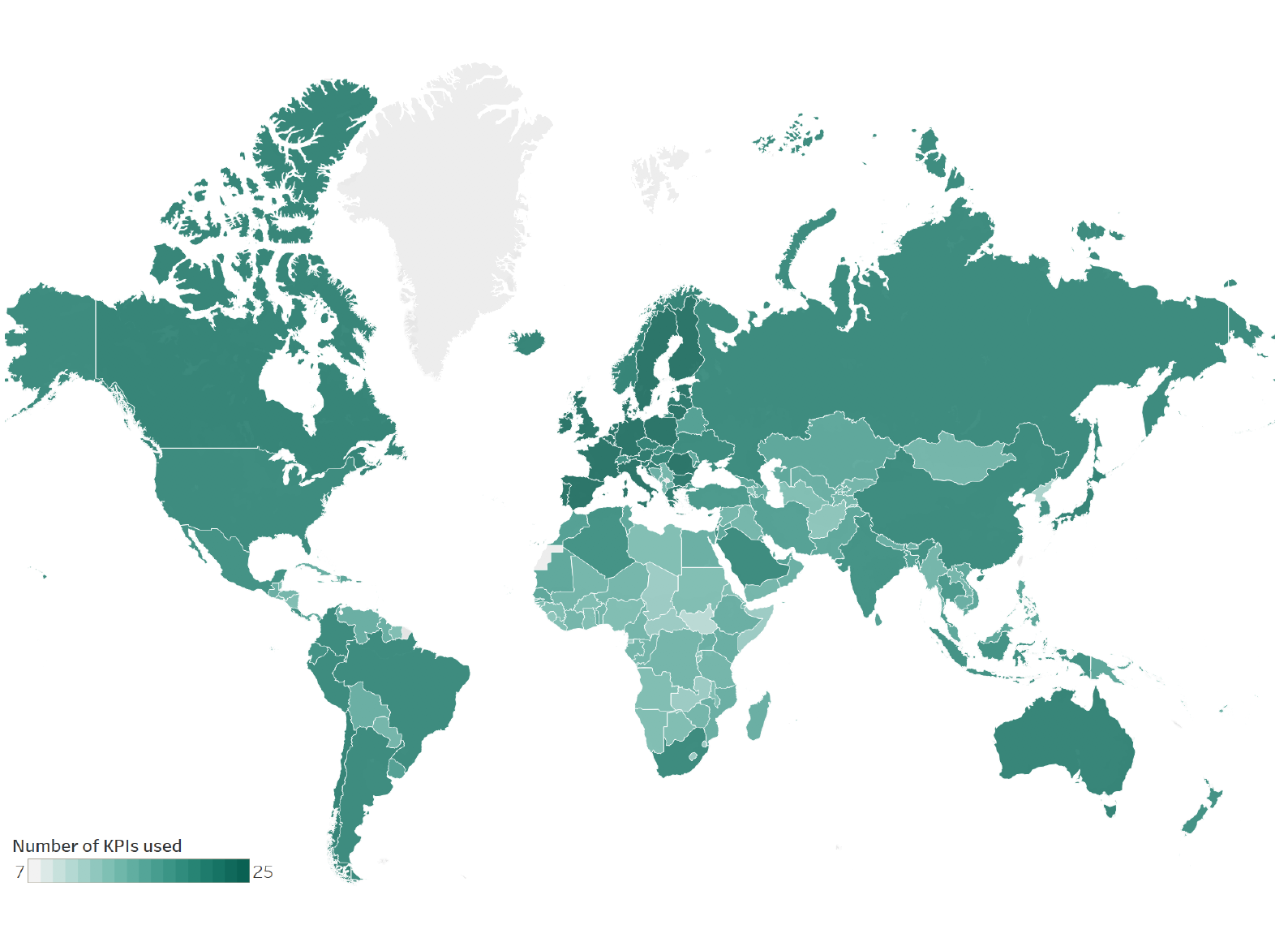